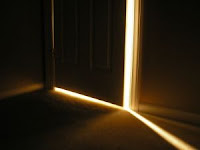 Scripture: 1 John 3:8 CEB
“God’s son appeared for this purpose: to destroy the works of the devil”

Observation:
You get a couple of Nazarene pastors around a table and the conversation always turns to the topic of holiness. I had the opportunity to participate in just this conversation this past weekend. After shooting through a few clips with one of my pastor friends Smith & Wesson 9mm, (my first time to shoot a handgun by the way – way too much fun – totally too much money!), we stopped for lunch and the discussion went on from there.

In his day, nothing John Wesley preached created more controversy than the doctrine of Christian perfection, also known as entire sanctification. And it would probably cause a big stir today, except no one outside the Nazarene denomination and few Wesleyan/Holiness brethren preach it. I’m sure perfection gets mentioned from time to time– maybe as an old theological relic– an inert little memento from the Wesleyan heyday. Its days in the Methodist mainstream (or even the wider Christian one for that matter) seem to be long gone. But what if we really believed and lived it?

Perhaps we should establish a definition of Christian perfection so you’ll know what I’m talking about. (I don’t want my District Superintendent to call and revoke my Ordination.) So let’s take a look at a few definitions.

John Wesley wrote that Christian perfection is “loving God with all our heart, mind, soul, and strength. This implies that no wrong temper, none contrary to love, remains in the soul; and that all the thoughts, words, and actions, are governed by pure love.” Don Thorsen describes it in his textbook An Exploration of Christian Theology, as “the Wesleyan or Pentecostal belief in a second work of grace beyond conversion that leads to moral purification and love for others.” Mildred Bangs Wynkoop defined it in her book A Theology of Love as “Love is the essential inner character of holiness, and holiness does not exist apart from love.” Thomas Jay Oord in Relational Holiness suggests, “When we choose the best to which God calls in any particular moment, we act in holy way. We are holy. In that moment, we are ‘perfect as [our] Father in heaven is perfect.’ In that moment, we love.” Thomas Oden has referred to Wesley’s views as “the expectation that the Holy Spirit intends to transform our behavior, not partially but completely.” And if you trust Wikipedia, Christian perfection is “a doctrine which holds that the soul of the born-again Christian may attain a high degree of virtue and holiness and become entirely sanctified with the help of the divine grace of Jesus.”

Whew, that is a lot to take in so let me just put it in bullet form:
o Christian perfection is a process and a destination. It’s a second work of grace. It’s an empowerment of the Holy Spirit after justification that enables us to get rid of the sin in our lives. (Put another way, after we’re saved from the penalty of sin, God starts saving us from the power of sin.)
o Christian perfection doesn’t mean that Christians are freed from temptation. Even Jesus was tempted. But we’re not bound to give in to that temptation.
o Christian perfection doesn’t mean that Christians don’t make mistakes or don’t commit involuntary transgressions.
o John Wesley thought that it was possible to be an “almost Christian” or an “altogether Christian”, but impossible to be a “half a Christian”. The message here was that sanctification is included in the package with justification, and for the authentic Christian, it’s not optional.
o Perfecting grace frees Christians from outward sin and inward sin.
o Entire sanctification can be realized before death.
The bottom line is this: Christians don’t have to sin. Nowhere does the New Testament teach that we can’t stop sinning before death. This was the sticking point that brought Wesley so much opposition. The power of God can purge the sin from our lives, but since we don’t relinquish our free will when we become Christians, we’re capable of making bad choices. With each choice we make, we’re either cooperating with the Holy Spirit or working against him. We’re capable of sinning, but we don’t have to.

Application:
This teaching drives people crazy and I can understand why. It has something to do with the idea that misery loves company. We can set goals and try to reach perfection in other areas of life and no one begrudges us for it. But in Christianity, if we claim we’re trying to become more holy or go on to perfection, others will inevitably tell us why it can’t be done, or they’ll somehow take our efforts as an insult aimed directly at them.
Sometimes sports analogies help me see things more clearly. Let’s consider baseball since my Texas Rangers have made the playoffs for the first time in a long time. Try to improve your game and you’ll generally be admired. When you get really good, people will look up to you. Sure, envy will rear its ugly head from time to time, and other people will show their insecurity, but ultimately, you’ll be respected for pushing yourself to a higher level of play. But in matters of faith, it seems that Christians have been the victims of low expectations. We don’t think it’s possible for us to reach higher levels of spirituality, so we don’t want anyone else to try either.

One of the issues of evangelical Christianity is that we’ve overemphasized justification at the expense of sanctification. But justification isn’t the goal, it’s the gateway. Wesley once wrote, “Our main doctrines, which include all the rest, are three, that of repentance, of faith, and of holiness. The first of these we account, as it were, the porch of religion; the next, the door, the third, religion itself.” Holiness is the real meat of Christianity. Justification restores us to the favor of God, but Christian perfection, Wesley said, restores us to the image of God.

Pushing the envelope is defined as moving beyond the limits of what has usually been done or what has been the accepted standard; stretching the established limits. The doctrine of Christian perfection, if we truly practice it, is going to demand that we move beyond the limits of what the church has been doing. We’ve become good at communicating grace and mercy, but we’re not as good at showing converts how to pursue holiness.

I love what Paul wrote in Galatians 2:20, “I have been crucified with Christ; and it is no longer I that live, but Christ living in me: and that life which I now live in the flesh I live in faith, the faith which is in the Son of God, who loved me, and gave himself up for me.” Jesus doesn’t wait for us to die to perfect us, he begins when we first come to faith in him. If you are on the porch, it’s time to knock on the door. If you have knocked on the door, heed the invitation and come on in. If you are already in, let’s get down to business. We’re burnin’ daylight!

O Thou Spirit of truth, cleanse my heart of uncertainty and unbelief. Make thyself real to me. Then shall I serve Thee gladly all the days of my life. In Jesus' name, Amen.