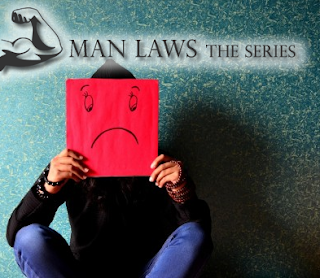 The following is the transcript from the June 12, 2016 service at Little Brown Church, Nashua, Iowa.

Ask a guy why he hates going to church, and this is what you’ll hear:
• Boring
• Irrelevant
• Waste of time
• I’d rather play golf
• Watch football
• It doesn’t get me and I don’t get it
• It’s not that I have a big problem with God, it’s just not exactly where it’s happening

It’s because there’s something in it that connects with us as men. In fact, in his book, “The Godfather and American Culture,” Chris Messenger, Professor of American literature and Cultural Studies at University of Illinois at Chicago, writes that American men really do connect with these films.
He says it’s because in The Godfather, we find examples of masculinity we can relate to.

He writes that “despite the dark undertones of the mob narratives, men find in the Godfather the idea of a strong and benevolent father who takes care of family and business and defeats any and all enemies that would threaten the family.”

But that’s not just a theme in the Godfather. You find it in Braveheart, Lord of the Rings, Die Hard, and Rocky. There is something happening in those films – and specifically the men in them – that we yearn for. It’s as if we’ve become bored by culture’s call to be “nice” guys, which often translates into living without passion, without purpose, without adventure.

When we see William Wallace in full face paint at the Battle of Stirling,
… or Aragorn at Helm’s Deep,
… or Rocky entering the ring,
… it’s as if a sleeping, dormant part of who we are comes to life.

Now, church can be different.

And here it is: As John Eldredge writes in his book Wild at Heart, in the heart of every man is a desperate desire for a battle to fight, an adventure to live, and a beauty to rescue. And that desire is meant to be the story of our lives, because it was put there by God.

So let me take some of the insights that his book - and others - have offered on what the Bible has to say about this, and let’s take a look at what the Christian faith is meant to hold for a man.

I. A Battle to Fight
First, let’s talk about how men long for a battle to fight. Here’s a fact - Aggression is part of the masculine design. We are hardwired for it.

Because God has an aggressive side; look at what the Bible has to say about this: In Exodus 15:3, we read that:

And think of the men God called, and what they did for Him. Samson killed a lion with his bare hands, pummeled and stripped thirty Philistines when they used his wife against him, and then – when they killed her – he took on a thousand men with the jawbone of a donkey. Joshua lead a nation into the Promised Land, and Gideon used 300 warriors to overcome an Army of 20k, and David, well we know what he did.

And think about Jesus – the perfect example of manhood. I don’t know what picture enters your mind when you think of Jesus – probably some Mr. Rogers Neighborhood type, all sweet and laid-back and gentle. You couldn’t be more off.

At 12 he was going at it with the scribes in the temple; once grown, he was proclaiming a new kingdom of God, teaching, healing, casting out evil spirits, using a whip to clear out a temple, calming stormy waters, and hurtling himself toward his own demise by refusing to make nice with Jerusalem or Rome. And the Bible says that when he returns, it will be at the head of the heavenly hosts – riding lead in front of an army with a double-edged sword.

Now is that Mr. Rogers? Sounds more like William Wallace to me.

But that’s the way all men are wired. Think of the games boys play.
They play war, cops and robbers, cowboys and Indians.

And it doesn’t change as we grow up. This is the reason we’re so into sports. Since we usually don’t have any real battles to fight, we do it vicariously through fantasy football.

But that’s a shallow war.

A man is meant to have a real battle to fight, a great mission to his life that involves home, family, and the world in which he lives. We are meant to have a cause to which we are devoted even unto death. That’s who we were made to be.

And we have such a battle. Take a look at this passage from Ephesians:
“God is strong, and he wants you strong. So take everything the Master has set out for you, well-made weapons of the best materials. And put them to use so you will be able to stand up to everything the Devil throws your way. This is no afternoon athletic contest that we’ll walk away from and forget about in a couple of hours. This is for keeps, a life-or-death fight to the finish against the Devil and all his angels” (Ephesians 6:10-12, MSG).

That’s the battle that we long for, the one we were made for. That’s what I want for my life. To be caught up in the sweep of history. To be in the center of things. To be making a difference. To be at the heart of the struggle between right and wrong, good and evil.

That’s what God’s invitation to the Christ-life is all about! There is a galactic struggle going on, and I could be a warrior. I could give my life to something that would live on long after I was gone, that was bigger than I was, and where what I did mattered and could impact all of history – even into eternity.

The reality of the spiritual realm, the struggle for men’s and women’s souls, the cosmic consequences that were at stake – I could give my life to that!
And there was nothing that would ever compete with its scale or significance.

A great revolution has been set loose on this planet, an underground movement of God to reclaim the world back to Himself. We are to be the leaders of the fight, the warriors, the Jedi, the Bravehearts winning hearts and minds, fighting against evil and its growing dominion; first in our own lives, and then against its hold on the world.

Eldredge writes of a man in his sixties who, reflecting on his life, told of sailing off the coast of Bermuda when they were hit by a northeaster – just a raging storm. It came from nowhere. And suddenly, the little homemade boat they were in was caught in twenty-foot swells. He said he thought they were all going to die. He paused a moment, and then said, “It was the best time of my life.”

Think back to the first man. Adam and all his sons were given an incredible mission: to rule and subdue, be fruitful and multiply. God said,
“Here is the entire earth. Explore it, cultivate it, care for it. It is your kingdom.”

God wants us to look deep inside ourselves, ask what makes us come alive, and go do that. Life is not a problem to be solved, but an adventure to be lived.

Too many men settle for tame, boring lives because they aren’t willing to risk, aren’t willing to pursue the adventure that God has put in their hearts.
They don’t realize that those stirrings – are good. You couple the battle we’re called to fight with willingness for adventure, for risk, and you are entering into what it means to be a man.


III. A Beauty to Rescue
But there is a third story written on our heart. We long for a beauty to rescue. Men are romantics, because God is. You can’t read Song of Songs in the Bible and not get that.

You know that book? It’s the one that’s rated “R”. Don’t forget – God was the one who created sex and sexuality, romance and emotion, intimacy and commitment.

He calls the church His bride, and Himself her lover. But we have a love, too. Her name is woman.

Go back through the history of our civilization – the one tale you will find over and over again is of a strong man coming to rescue a beautiful woman. It’s as if it was written on our hearts.

Eldredge writes that the cry of a woman’s heart is “Am I lovely? Will you pursue me? Do you delight in me? Will you fight for me?” Nothing is more devastating for her than to hear, “No. You’re not beautiful and no one will really fight for you.” This is why nothing is more devastating than for a man, particularly a father, to engage in physical or verbal abuse; or to emotionally distance himself, withdrawing affection or affirmation. Or to refuse to lead his family – particularly in the deepest and most critical area of human existence – which is the spiritual. And women crave our spiritual strength.

The call of a man is to storm the tower of a woman’s heart, and offer his strength to hers. To do all in our power to not only protect and provide, but to nurture and heal. To say, “Yes, you are lovely. Yes, there is one who will fight for you.” Lead you. Nurture you.

That’s what makes the union of a man and a woman so mystically beautiful.

A man wants a battle to fight; a woman yearns to be fought for.

And we long to be those men. That’s why most guys find themselves drawn to movies like the Godfather, or Braveheart. But it can’t just be a movie.

This is a vision God has cast for your life – one meant to be pursued.
So discover who you were meant to be – And then do something that will rock this world: step up to the plate and be the man God intended.